Home ⁄ General DIY ⁄ A mouse ate my dishwasher drain hose and I don’t know what to do! (A quick fix)

I don’t know why they’re here. It’s summer and it’s warm and there are lots of goodies outside. But I guess that’s why they call them house mice.

The water under the sink appeared between one onslaught of guests and another dinner gathering that night. So I took my usual decisive approach to a problem such as this. I ignored it. Something must have spilled. It was a momentary leak that would magically now go away. Then I looked more closely. An inch-long hole had appeared in our year-old dishwasher hose right where it came through the cabinet side. I thought for a moment it might be wear and tear from hitting the edge of the cut, because I couldn’t see plastic “crumbs”. They must have digested those. A thirsty mouse must be the culprit.

But with guests arriving soon, we didn’t have time to head out, get a replacement hose, pull out the dishwasher, do the repair – and preferably wrap the hose in stainless steel braided sleeving

since they don’t seem to make a stainless steel drain hose. And there happened to be a full load in the dishwasher we didn’t relish doing by hand. We needed a quick fix. Here it is.

(Actually, the initial attempt to wrap the gaping hole in pipe wrap was a dismal failure. There was too much of a gap, and the wrap both squeezed the hose and got cut on the edges.)

1. Cut a section of plastic from a pop bottle. 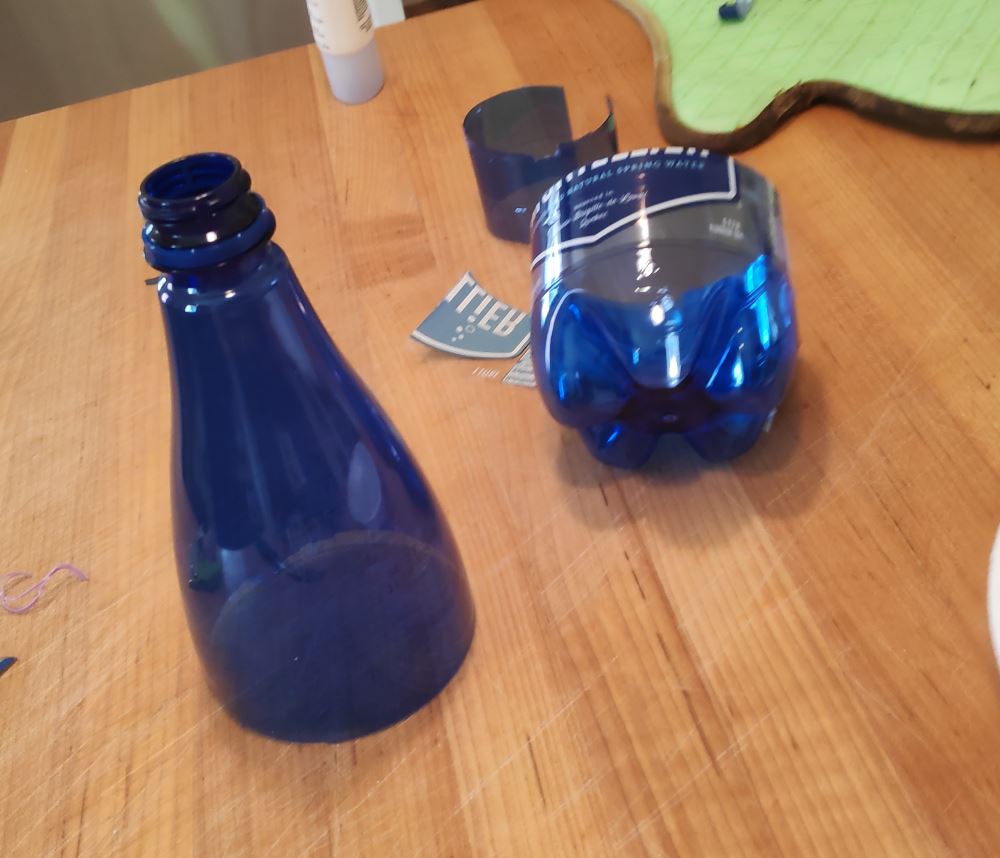 2. Wrap this as tightly as possible around the hose and secure it with electrical tape. The sleeve will still move. 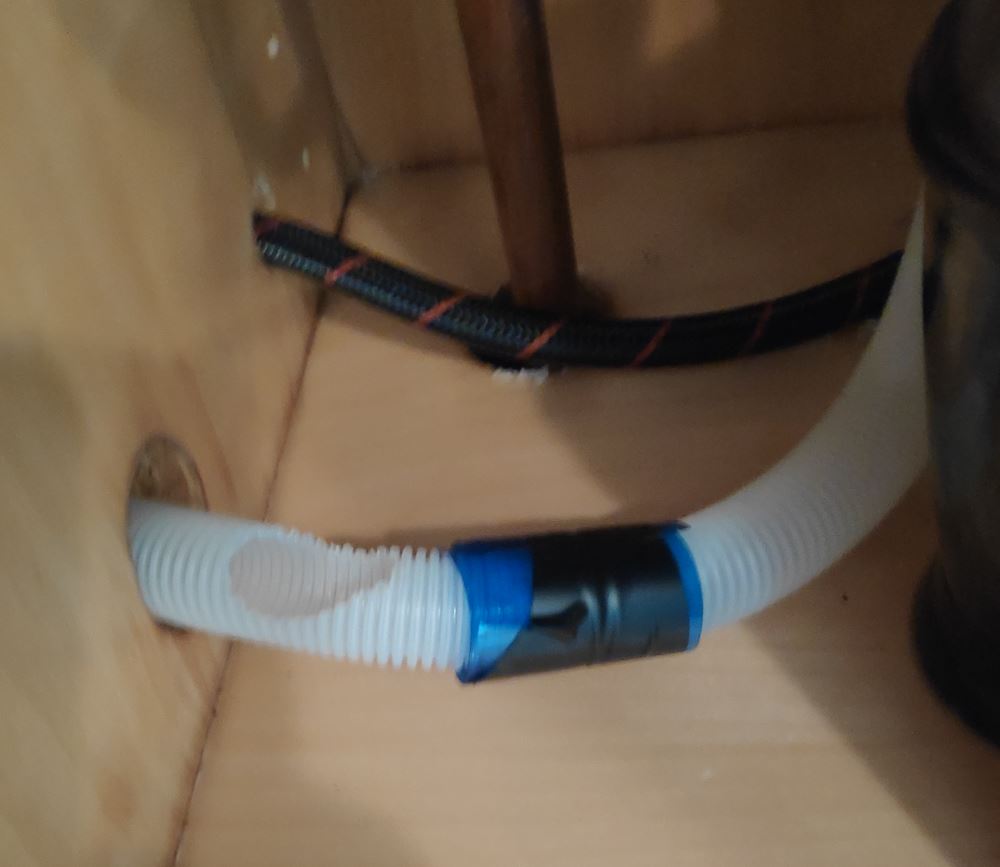 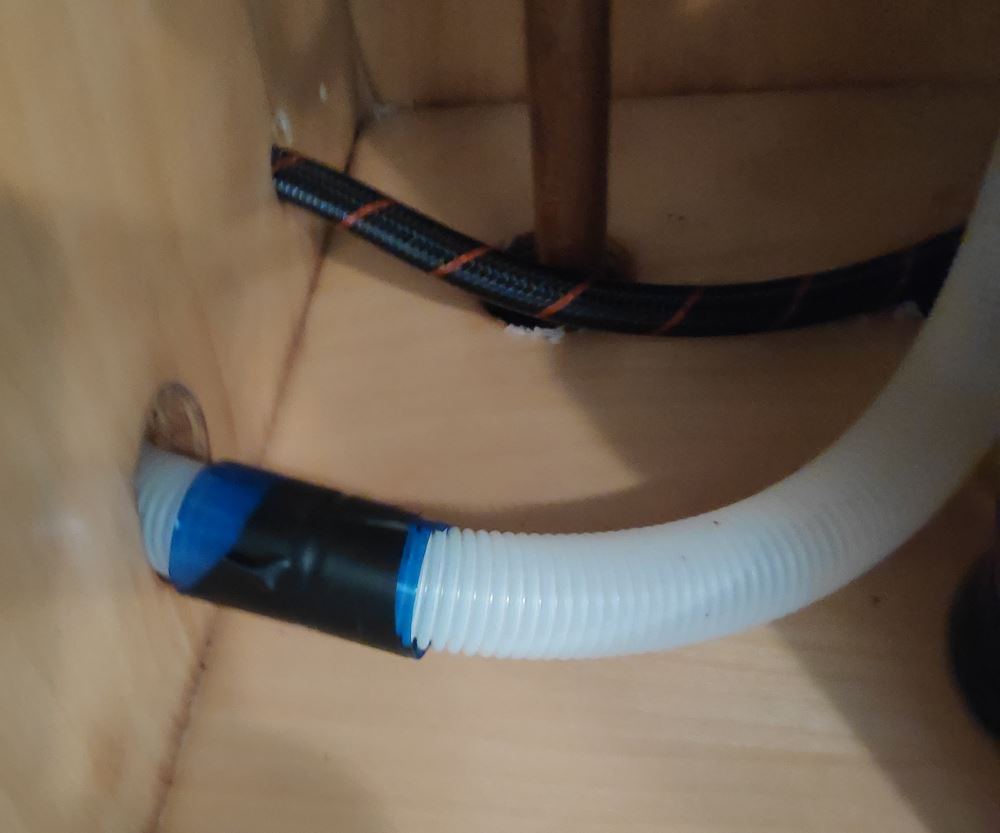 on the hose and work it over the new sleeve, finishing on the hose on the other side of the sleeve. Don’t worry if you run out. Cut some more. And don’t worry about adding too much. I ended up leaving a crack at one end that caused a geyser, but another layer begun further back took care of this. (A great quick fix, though an alternative would be to cut out the section with the hole, slide the bottle plastic inside the hose, and wrap the pipe. The plastic should be tightly wedged enough so that it doesn’t want to move down the hose.) 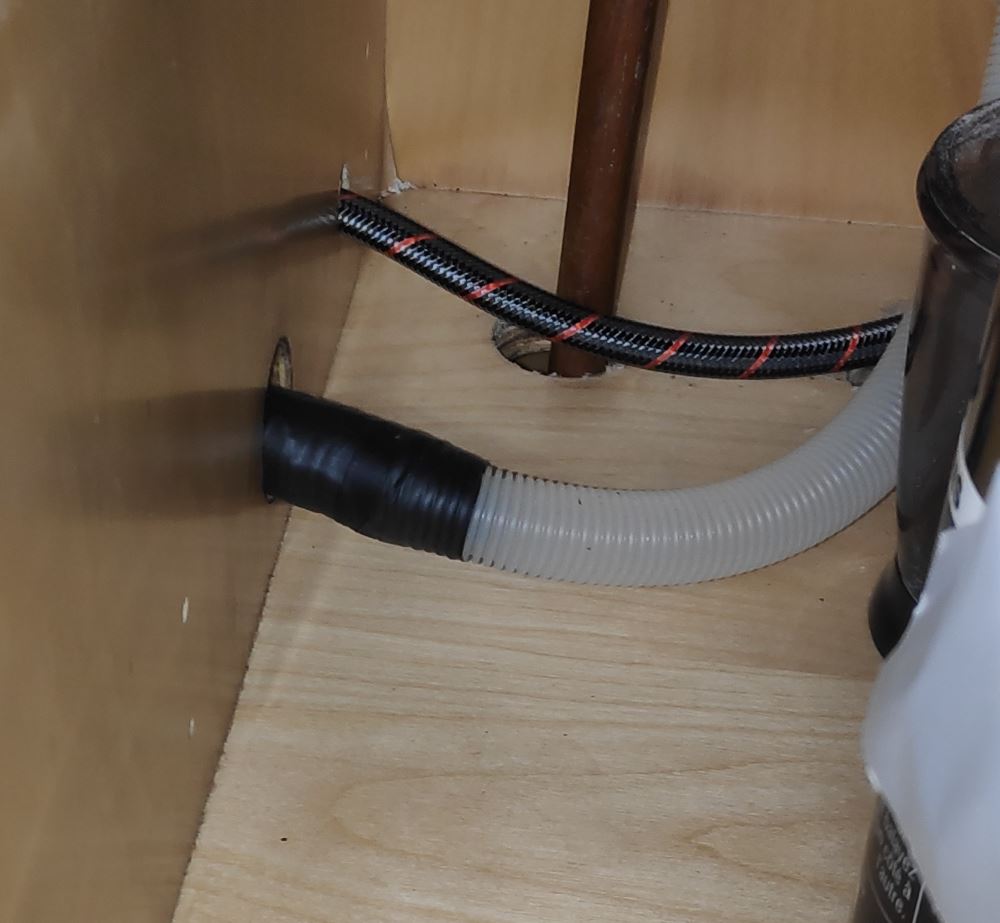 4. Will do the proper replacement in the next few days. So in the meantime, I had one final step.

Check out these related DIY tips: